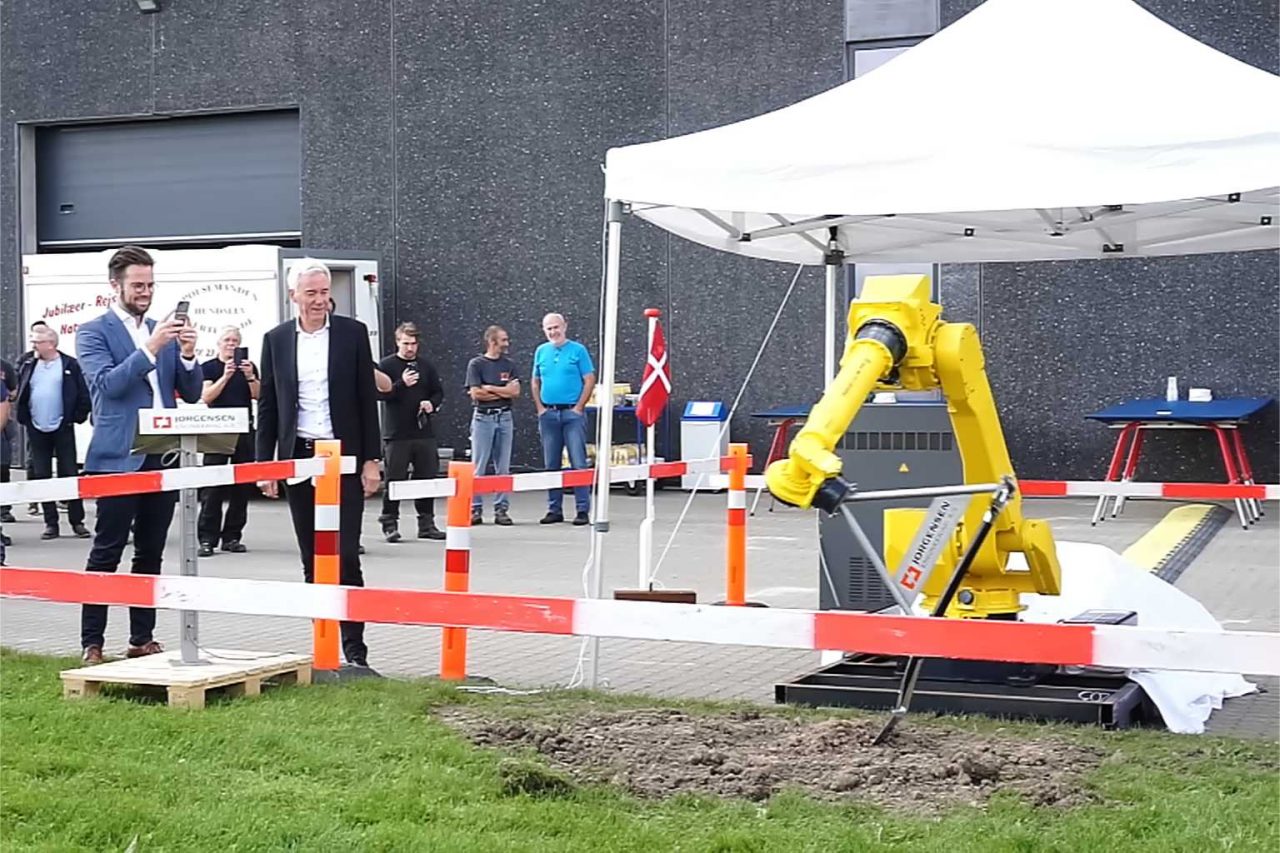 Mayor of Odense Peter Rahbæk Juel visited Jorgensen to see the first sod cut by a robot at Jorgensen. A ceremony to mark growth and a new expansion on the premises.

New large orders and recruitments force Jorgensen to expand after only 6 years in the new domicile. Next summer a new production unit and administration section will be ready to match Jorgensen's success.

Next: Media feedback on a record-setting 2016-2017 fiscal period

XANO develops, acquires and operates niche engineering companies offering manufacturing and development services for industrial products and automation equipment. XANO’s Series B share has been listed on Nasdaq Stockholm since 1988.