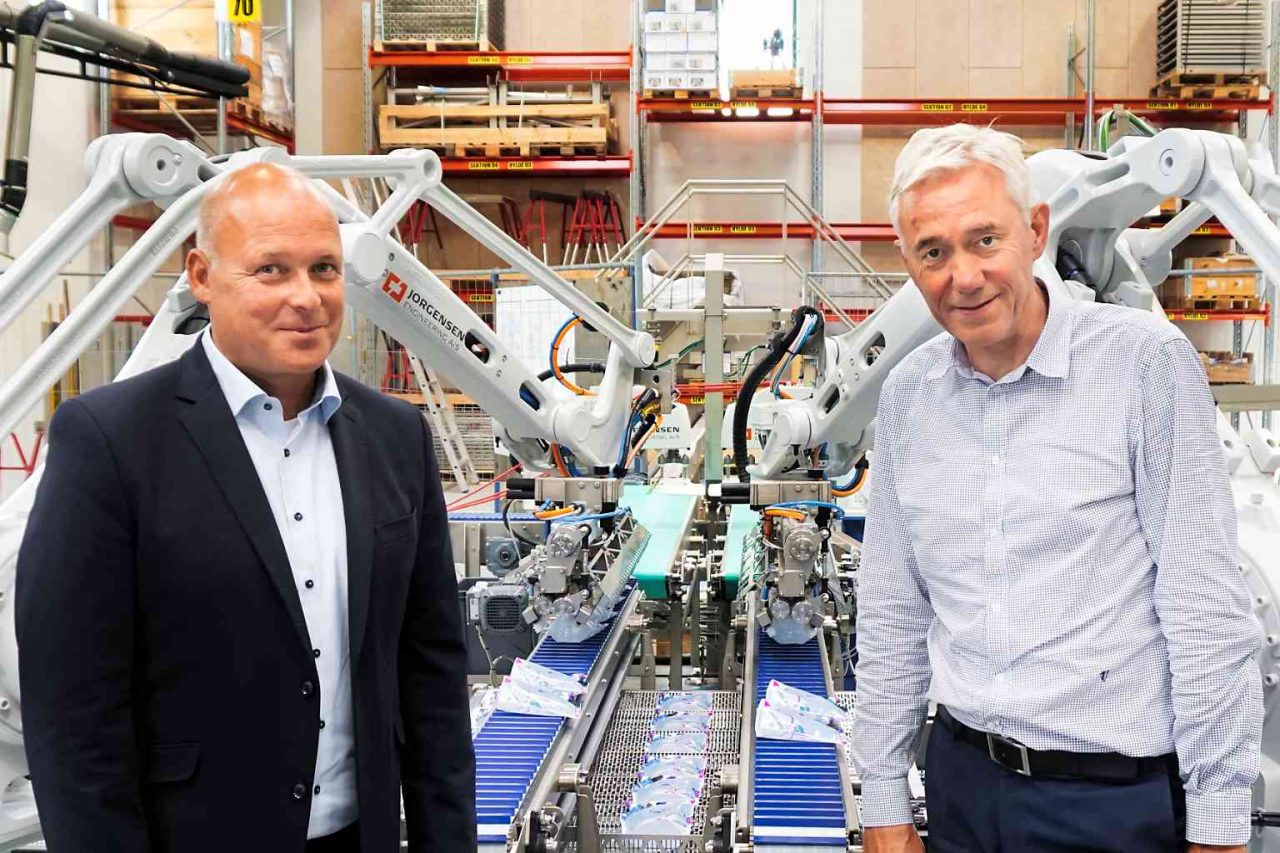 As of 1 August, Kenneth Bo Madsen will take over as CEO of Jorgensen Engineering, where he will replace Jens Nyeng.

After 21 years at the head of Jorgensen, Jens Nyeng has decided to pass on the baton to Kenneth Bo Madsen. Kenneth is 51 years old and lives in Odense with his wife and three grown-up children. Kenneth has a very broad experience through a number of different senior positions at e.g. Arla and Svansø Food, and he comes from a job as deputy director at Sanovo Technology, which is part of the Thornico group.

"It is with equal parts of joy, pride and humility that I have agreed to take over the role of CEO at Jorgensen Engineering in Odense. Jorgensen (formerly Bøg Jørgensen Maskinfabrik) is for me a piece of proud Funen industrial history starting in 1933, and today it plays an important regional role in the Funen robot cluster and educational environment — including SDU, University of Southern Denmark. In the global market, Jorgensen is today a very strong brand with supply of high-tech equipment to the largest food and pharma giants. I look forward to leading a number of initiatives based on a strategy focusing especially on customer satisfaction, innovation and growth", says an expectant Kenneth Bo Madsen.

The outgoing CEO Jens Nyeng has certainly put his fingerprints on Jorgensen's development and position during his 21 years as a successful manager of the Odense company.

"We have been through a very exciting and successful transformation, not least thanks to the commitment and skill of our employees. And today we have a highly specialized and customer-oriented company that produces some of the market's most innovative solutions. In fact, Jorgensen from Funen is among the world's absolute leading in the milk powder industry. And despite the corona crisis, we are still picking up large orders", says a satisfied Jens Nyeng.

In 2016 Jorgensen was taken over by the Swedish XANO Group, which also thanks Jens Nyeng for the great efforts he has made over the years.

"Jens has chosen to resign as CEO at Jorgensen, but we will still draw on Jens' great experience as he continues on the board and with various tasks for the group. Jens has helped to lift Jorgensen Engineering to a higher league at an international level, and the effort has also made it possible to attract the right successor as Kenneth Bo Madsen. We need more of the same, i.e. even more large customers and further growth. So Kenneth's task will be to continue the positive development of Jorgensen, and we look forward to the new collaboration", states XANO's CEO Lennart Persson.

Previous: Augmented reality in remote support: a perfect match
Next: End of an era – and beginning of a new journey…